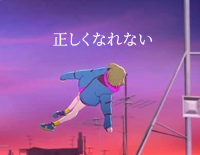 Free Tadashiku Narenai piano sheet music is provided for you. So if you like it, just download it here. Enjoy It!

Tadashiku Narenai, also known as It Can't Be Right, is used as the theme song for 2020 Japanese film The Promised Neverland. Directed by Yūichirō Hirakawa and produced by Fuji Television, Shueisha and Toho, the film is an adaptation of the manga series of the same name, created by Kaiu Shirai and Posuka Demizu and published by Shueisha.

And Tadashiku Narenai is performed by Zutomayo, a Japanese rock group that debuted in 2018. Secretive by nature, the group has never released a full member list, crediting different people for music, arrangements, and music video production each time.