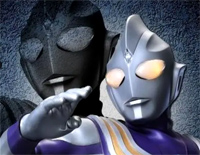 Free Tōki Yobigoe no Kanata e piano sheet music is provided for you. So if you like it, just download it here. Enjoy It!

Tōki Yobigoe no Kanata e is used as an insert song for Japanese tokusatsu TV drama Ultraman Tiga. And it is composed by Japanese composer Tatsumi Yano. Ultraman Tiga was broadcast after a franchise hiatus of over 15 years, set in a universe different from all previous series and updated with a new look and feel. Tiga is the first Ultraman with multiple combat modes and non-red colors. It is one of the most popular entries in the Ultra Series. Because of Tiga's popularity, he had more exposure on TV and movies than any other Heisei Ultraman.