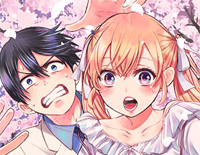 Free Dekoboko piano sheet music is provided for you. So if you like it, just download it here. Enjoy It!

Dekoboko is the opening theme for A Couple of Cuckoos anime series. It is performed by Kiyoe Yoshioka who is a vocalist of the Japanese duo Ikimonogakari.

A Couple of Cuckoos (Kakkou no Iinazuke) is an anime series which is based on the romantic comedy manga written and illustrated by Miki Yoshikawa. It is animated by Shin-Ei Animation and SynergySP and directed by Yoshiyuki Shirahata, with Hiroaki Akagi serving as chief director, Yasuhiro Nakanishi overseeing series scripts, and Aya Takano designing characters.