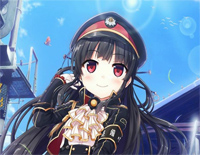 Free Road Last piano sheet music is provided for you. So if you like it, just download it here. Enjoy It!

Road Last is used as the opening theme song for Maitetsu - Last Run!! Hachiroku After. And it is performed by Mitsuki Nakae who is a Japanese singer and voice actress. Maitetsu originally is a visual novel developed by Lose, which has also been adapted into the anime series Rail Romanesque. A sequel, Maitetsu: Last Run, was released in 2020.