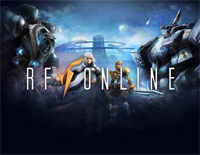 Free One piano sheet music is provided for you. So if you like it, just download it here. Enjoy It!

One is sung by South Korean ballad singer Lee Soo-young. And it is used as the theme song for 3D MMORPG RF Online, originally named 'Rising Force'.

The first version of RF Online was released in South Korea and was later followed by Chinese (Mandarin), Japanese, Indonesian, Portuguese and English translations. The North American/European version of the game launched its retail phase on February 21, 2006. A mixture of science fiction and classic fantasy, RF Online is set in a distant planet in the Novus system where magic exists alongside high technology. Like most MMORPGs it follows the typical fantasy setting complete with swords and sorcery, but it also emphasizes the three-way Race vs. Race vs. Race (RvRvR) concept and modern/futuristic technology such as mecha and nuclear weapons.

The Lyrics of One: