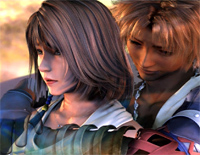 Free Ending Theme piano sheet music is provided for you. So if you like it, just download it here. Enjoy It!

Ending Theme is one of the original soundtrack for Final Fantasy X which is a role-playing video game developed and published by Square. And it is composed by Japanese composer Nobuo Uematsu.