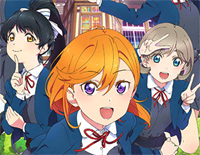 Free WE WILL!! piano sheet music is provided for you. So if you like it, just download it here. Enjoy It!

The song is written by Junko Miyajima, composed by Motokiyo, and arranged by Yosuke Yamashita.