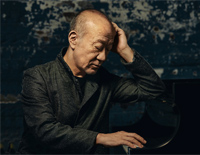 Free View of Silence piano sheet music is provided for you. So if you like it, just download it here. Enjoy It!

View of Silence is a composition written and originally performed by Joe Hisaishi. It first appeared as the ninth and final track in the album Pretender.

Joe Hisaishi, also known as Mamoru Fujisawa, is a Japanese composer and musical director known for over 100 film scores and solo albums dating back to 1981. Hisaishi's music has been known to explore and incorporate different genres, including minimalist, experimental electronic, Western classical, and Japanese classical. He has also worked as a music engraver, arranger and conductor.


Meanwhile, we also offer Always With Me-Easy Version sheet music for you to download
[ + More Information ]