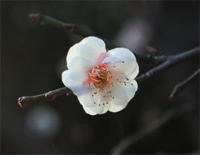 Free Secret Fragrance piano sheet music is provided for you. So if you like it, just download it here. Enjoy It!

Secret Fragrance is used as the theme song for the TV series The Story of a Noble Family. And it is sung by Chinese singer Sha Baoliang released in May 2003.

The Story of a Noble Family is a 2003 Chinese television series based on Zhang Henshui's novel Jinfen Shijia, directed by Li Dawei. The series was first broadcast in 2003 on China Central Television in mainland China.