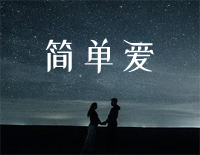 Simple Love numbered musical notation and stave are corresponding completely, which is the specified track for EOP Demon Training Camp and also suitable for his members to practice!

Simple Love is sung by Taiwanese singer Jay Chou. In 1998 he was discovered in a talent contest where he displayed his piano and song-writing skills. Over the next two years, he was hired to compose for popular Mandarin singers. Although he was trained in classical music, Chou combines Chinese and Western music styles to produce songs that fuse R&B, rock and pop genres. He composes all his own songs, as well as songs for other singers.

And Simple Love is from his second Mandarin studio album Fantasy which was released on 14 September 2001 by Alfa Music and distributed by Sony Music Taiwan. It was listed at number 2 on Hit Fm Taiwan's Hit Fm Annual Top 100 Singles Chart for 2001.