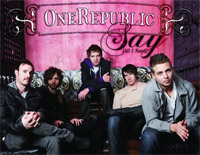 }
Free Apologize piano sheet music is provided for you. So if you like it, just download it here. Enjoy It!

Apologize is a song written by OneRepublic frontman Ryan Tedder for OneRepublic's debut album Dreaming Out Loud. A country version of the song was recorded by Luke Bryan for his album, "Doin' My Thing".

The song was a major hit internationally, reaching number one in 16 countries, including Australia, Austria, Canada, Germany, Italy, New Zealand, Sweden, Turkey, and the Netherlands, as well as staying at number one for eight consecutive weeks on the Billboard Pop 100 chart. The song charted in the Top Three on the Billboard Hot 100 and spent 13 weeks at number one in Canada. "Apologize" was ranked number 50 on the list of the Billboard Hot 100's All-Time Top Songs list from the chart's first 50 years. It spent 25 consecutive weeks in the Top 10, the longest stay there for any song since "Smooth" by Santana, which spent 30 weeks in 1999. It was also ranked number 10 on the Billboard Hot 100 Songs of the Decade. It remains OneRepublic's biggest hit single in the United States to date.


OneRepublic is an American pop rock band from Colorado Springs, Colorado. Formed in 2002 by Ryan Tedder and Zach Filkins, the band achieved massive success on MySpace, becoming the most prominent unsigned act on the website then. They signed onto Mosley Music Group in 2006, and released their debut album, Dreaming Out Loud in 2007.