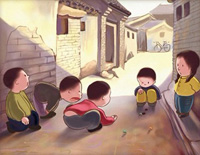 Souvenir of Love numbered musical notation and stave are corresponding completely which is suitable for EOP Demon Training Camp members to practice!


Souvenir of Love, Childhood Memory, is performed by Richard Clayderman who is a French pianist and has released numerous albums including the compositions of Paul de Senneville and Olivier Toussaint, instrumental renditions of popular music, rearrangements of movie soundtracks, ethnic music, and easy-listening arrangements of popular works of classical music.

Clayderman has recorded over 1,300 melodies, and has created a new romantic style through a repertoire which combines his trademark originals with classics and pop standards. He has devoted much of his time to performing concerts, going as far as playing 200 shows in 250 days.[citation needed] He has clocked up worldwide record sales of approximately 70 million, as of 2006[update], and has 267 gold and 70 platinum discs to his credit. He is popular in Asia and is noted by the Guinness Book of World Records as being "the most successful pianist in the world".


This music is well known by people and if you like it, just download free Souvenir of Love sheet music now!