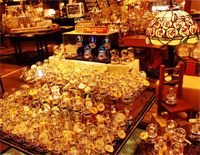 New Year is the 20th one in music box. People play this music to celebrate New Year, as the traditional Chinese holidays are an essential part of Chinese culture. Many holidays are associated with Chinese mythology and folklore tales, but more realistically, they probably originated from ancient farmer rituals for celebrating harvests or prayer offerings. The most important Chinese holiday is the Chinese New Year (Spring Festival), which is also celebrated in Korea, Vietnam, and other Asian countries. All traditional holidays are scheduled according to the Chinese calendar (except the Qing Ming and Winter Solstice days, falling on the respective Jie qi in the Agricultural calendar).

New Year as a song, sung on happy holiday is widely known, and you can free download the New Year sheet music to have a try, you will like it too.