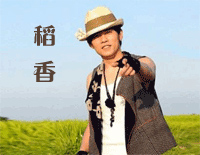 Free Rice Aroma piano sheet music is provided for you. So if you like it, just download it here. Enjoy It!

Rice Aroma is a song from Capricorn which is Taiwanese Mandopop artist Jay Chou's ninth Mandarin studio album. It was released on 14 October 2008 by JVR Music and distributed by Sony Music Taiwan. The album is based on his zodiac sign, Capricorn and his interest in illusion. Like Chou's previous album, On the Run, this album was also leaked on the internet prior to the scheduled release date.