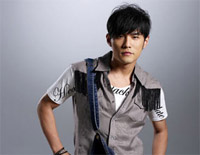 Starry Mood can be said as one of Jay's classic works. You can download the Starry Mood sheet music below to enjoy it.