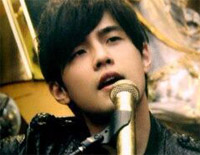 Broken Strings is a song from Taiwanese Mandopop artist Jay Chou's second Mandarin extended play album Hidden Track EP. The album was awarded one of the Top 10 Selling Mandarin Albums of the Year at the 2003 IFPI Hong Kong Album Sales Awards, presented by the Hong Kong branch of IFPI.

Although he was trained in classical music, Chou combines Chinese and Western music styles to produce songs that fuse R&B, rock and pop genres. He composes all his own songs, as well as songs for other singers. Broken Strings is one of them.

The Broken Strings sheet music is offered below, if this song is also liked by you, you can free to download it.