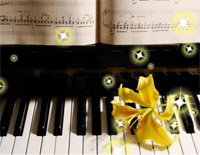 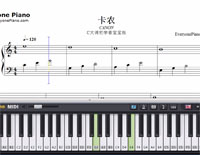 04:59
Canon, Played with Everyone Piano

Canon In D is the name commonly given to a canon by the German Baroque composer Johann Pachelbel. Although a true canon at the unison in three parts, it also has elements of a chaconne. It has frequently been arranged and transcribed for many media.

In 2002, pop music producer Pete Waterman described Canon in D as "almost the godfather of pop music because we've all used that in our own ways for the past 30 years". He also said that Kylie Minogue's 1988 UK Number One hit single 'I Should Be So Lucky,' which Waterman co-wrote and co-produced, was based on Canon in D.


This music is well known by people and if you like it, you can also download free Canon In D sheet music to play with Everyone Piano. Just Enjoy It!


Meanwhile, we also offer another version of Canon sheet music for downloading!