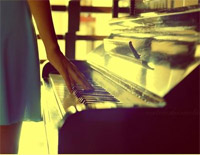 }
Free Canon In D piano sheet music is provided for you. So if you like it, just download it here. Enjoy It!


Canon In D is a piece of music by Johann Pachelbel who was a German composer, organist and teacher. He composed a large body of sacred and secular music, and his contributions to the development of the chorale prelude and fugue have earned him a place among the most important composers of the middle Baroque era.


Pachelbel's music enjoyed enormous popularity during his lifetime; he had many pupils and his music became a model for the composers of south and central Germany. Today, Pachelbel is best known for the Canon in D, as well as the Chaconne in F minor, the Toccata in E minor for organ, and the Hexachordum Apollinis, a set of keyboard variations.

Meanwhile, we also offer different version of Canon sheet music for you to download
[ + More Information ]