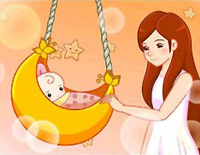 Lullaby numbered musical notation and stave are corresponding completely, which is the specified track for EOP Demon Training Camp and also suitable for his members to practice!

Lullaby is composed by Franz Peter Schubert who was an Austrian composer.

In a short lifespan of just nearly 32 years, Schubert was a prolific composer, writing some 600 Lieder, nine symphonies (including the famous "Unfinished Symphony"), liturgical music, operas, some incidental music and a large body of chamber and solo piano music. Appreciation of Schubert's music during his lifetime was limited, but interest in his work increased significantly in the decades following his death. Franz Liszt, Robert Schumann, Johannes Brahms and Felix Mendelssohn, among others, discovered and championed his works in the 19th century. Today, Schubert is seen as one of the leading exponents of the early Romantic era in music and he remains one of the most frequently performed composers.


This music is well known by people and if you like it, you can download the free Lullaby sheet music to play with Everyone Piano. Just Enjoy It!