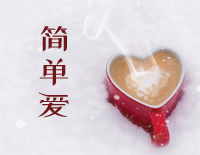 The tracks Simple Love and Can't Express Myself are listed at number 2 and 17 respectively on Hit Fm Taiwan's Hit Fm Annual Top 100 Singles Chart for 2001.

The album was awarded one of the Top 10 Selling Mandarin Albums of the Year at the 2001 IFPI Hong Kong Album Sales Awards, presented by the Hong Kong branch of IFPI.

It was also nominated for ten awards at the 13th Golden Melody Awards in 2002, including Best Mandarin Male Singer for Chou for his work on this album. It won five awards, including Best Composer for Love before BC, Best Album Producer and Best Mandarin Album. Download free simple love sheet music now!