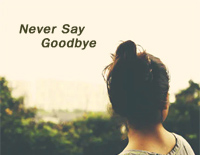 My Girl was a popular South Korea television series produced by the Seoul Broadcasting System, that ran from late 2005 to early 2006. With the popularity of Lee Joon-gi and the appearances of Jae Hee and Han Chae Young (both from another successful drama, Delightful Girl Choon Hyang), it remained on the Top Ten, even til this day.


"Never Say Goodbye" is well known by people and if you like it, you can also download the free Never Say Goodbye sheet music to play with Everyone Piano. Just Enjoy It!