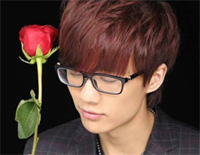 "Luzhou Moon" (庐州月) is included in the second CD of Vae which came out on Jun 6, 2010 and became big success. Vae was a sophomore in medical college. In his spare time, he made some demos with personal computer and microphone. Some of the songs are adaptions of some famous singers', such as Jay Chow, and others are written by him and his friend. After he put these demos on the Internet with the name of "Vae", a growing number of people began to know him as a singer.


"Luzhou Moon" is well known by people and if you like it, you can also download free Luzhou Moon sheet music to play with Everyone Piano. Just Enjoy It!