The Most Important Decision 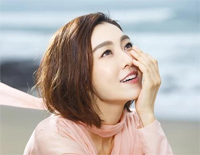 The Most Important Decision Introduction

The Most Important Decision is sung by Christine Fan, also known as FanFan. She is an American-born Taiwanese singer and actress. She studied at Pomona College and the Harvard Extension School. In addition to singing, she was also the host of the variety show, Bang Bang Tang on Channel [V] in Taiwan and has also starred in various commercials. On 1 November, 2008, she held her first ticketed concert in Taipei. She later held concerts in Taichung, Hong Kong, Beijing and other Chinese cities. She also was the special guest in JJ Lin's concert in Singapore.

In 2003, because of the pressure of her sudden change in career path suggested by her record company to let her become an actress, she suffered severe depression and mild anorexia. She eventually recovered through her religion and from support from friends because a week after making her diagnosis, the doctor committed suicide.

FanFan has been in a relationship with Chen Chien-Chou for ten years before he proposed in a 2010 NBA game. She was also invited to sing the US National Anthem for the next NBA game in Izod Center. The couple is active in charity work, most notably being the co-founder and spokepeople for the Love Life campaign with her husband.

Although FanFan is often known for her singing, she's also a skilled songwriter. She has composed and written lyrics for herself as well as other artists, including Claire Kuo, Angela Chang and the girl group Hey Girl.

The Most Important DecisionPDF File