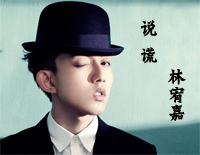 Fairy Tale is one of tracks of Senses Around which is Taiwanese Mandopop artist Yoga Lin's second Mandarin studio album.

Fairy Tale and You Are What You Eat is listed at number 5 and 27 respectively on Hit Fm Taiwan's Hit Fm Annual Top 100 Singles Chart for 2009.