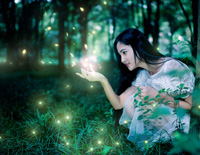 01:16
Flying Insects, a nice song, played on Everyone Piano

Insects Fly is used as an insert song to the Hong Kong film The Storm Riders. And the film was based on the manhua series Fung Wan by artist Ma Wing-shing. Directed by Andrew Lau, it starred Ekin Cheng as Wind and Aaron Kwok as Cloud. The plot involves two children, Whispering Wind and Striding Cloud, who become powerful warriors under the evil Lord Conqueror's tutelage. The sequel to the film, titled The Storm Warriors and directed by the Pang brothers, was released in 2009.

And Insects Fly is originally sung by Ekin Cheng who is a Hong Kong actor and Cantopop singer. Early in his career, he used the name Dior (because that was what it sounded like when his younger sister tried to call him 第二哥) as a first name. He has also been referred to as Noodle Cheng after a popular noodle product with a similar name. Currently Ekin is the name used.