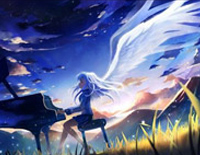 }
Free The Turkish March piano sheet music is provided for you. So if you like it, just download it here. Enjoy It!

The Turkish March (Marcia alla turca) is a well-known classical march theme by Ludwig van Beethoven. It was written in the Turkish style popular in music of the time.

The theme was first used in Beethoven's "6 Variations on an Original Theme", Op. 76, of 1809. In 1811 Beethoven wrote an overture and incidental music to a play by August von Kotzebue called The Ruins of Athens (Op. 113), which premiered in Pest in 1812.

The Turkish March appears as item No. 4 of the incidental music. Many music lovers associate the theme with The Ruins of Athens, although that was not its original appearance.