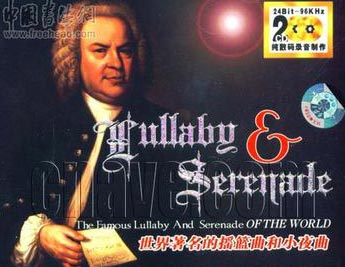 Serenata, Rimpianto is composed by Enrico Toselli (March 13, 1883 Florence – January 15, 1926 Florence)  who was an "Italian pianist and composer. He studied the piano with Giovanni Sgambati and composition with Giuseppe Martucci and Reginaldo Grazzini. At a very early age he started on a brilliant career as a concert pianist in Italy, the principal European capitals and also in Alexandria and North America. Later he settled in Florence, teaching and composing, while still appearing frequently on the concert platform" (Quoted from The new Grove dictionary of music and musicians, under copyright). He composed a number of songs, of which the Serenata 'Rimpianto' Op.6 No.1 was the most popular. He also wrote two operettas, La cattiva Francesca (1912) and La principessa bizzarra (1913).

Although a successful performer and composer, Toselli's "prodigious fame was largely due to the international scandal occasioned by his marriage" to the Archduchess (and former Crown Princess of Saxony), Her Imperial and Royal Highness the Archduchess Luise, Princess of Tuscany in 1907. She had previously deserted her husband, Frederick Augustus III of Saxony, years earlier. Toselli and the Archduchess' "marriage was not a happy one, and they separated in 1912". They had one son together, Carlo Emanuele Toselli (7 May 1908 - 1969). "Toselli used his fame as the ex-husband of such an illustrious woman to good effect by writing a successful book of memoirs, Mari d’altesse: 4 ans de mariage avec Louise de Toscane, ex-princesse de Saxe." (Again quoted from The new Grove dictionary of music and musicians, under copyright).

The international scandal occasioned by the marriage of the former Crown Princess of Saxony, Her Imperial and Royal Highness the Archduchess Luise, Princess of Tuscany and Enrico Toselli is best understood in the context of the historical and cultural changes occurring across Europe during the transition from rigid monarchical systems to modern nations in which major changes in the socio-economic structure were also brought on by the industrial revolution. Enrico Toselli wrote his memoir Mari d’altesse: 4 ans de mariage avec Louise de Toscane, ex-princesse de Saxe (Albin Michel éditeur, Paris), translated into Italian by Paolo Reni as Il mio matrimonio con Luisa di Sassonia (Societa' Editrice Italiana, Milano). Luise of Tuscany also published her memoir La mia storia (Societa' Editrice Italiana, Milano). Their personal memoirs highlight the individual stories of Enrico Toselli and Louise of Tuscany converging through marriage as they evolve from different backgrounds and different paths, après Révolution Nice and the Court of Saxony, respectively. Their personal stories reflect the dramatic changes occurring at the time, as their existence was not independent of, and freed from, the socio-cultural expressions of the new era. In this perspective, the story of their marriage should be perceived as a symbol of an era of socio-cultural expansion in which rigid conventions were outdated, the structure of society loosened, and its boundaries broadened. A century has elapsed and we still cherish the memory of Luise of Tuscany and Enrico Toselli by acknowledging their contribution to modern history.  Download the free Serenata, Rimpianto sheet music to play with Everyone Piano now!