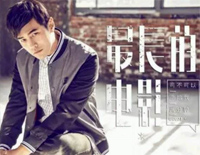 The Longest Movie is from the album named "On the Run" sung by Jay Chou who is a Taiwanese musician, singer-songwriter, music and film producer, actor, multi-instrumentalist and director.

On The Run (Chinese: 我很忙; pinyin: Wǒ Hěn Máng; literally "I'm Very Busy") is Jay Chou's eighth Mandarin studio album. It was released on 1 November 2007 by JVR Music,[1] but was leaked onto the internet on 31 October 2007. This is the first album that Chou released under his own record company, JVR Music and distributed by Sony Music Taiwan.

"The Longest Movie" is well known by people and if you like it, you can also download the Longest Movie music sheet to play with Everyone Piano. Just Enjoy It!