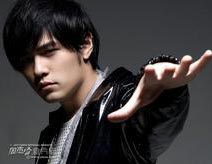 }
Free Blue and White Porcelain piano sheet music is provided for you. So if you like it, just download it here. Enjoy It!

Blue and White Porcelain
is a song by Jay Chou who is a Taiwanese musician, singer, songwriter, music and film producer, actor and director. In 1998 he was discovered in a talent contest where he displayed his piano and song-writing skills. Over the next two years, he was hired to compose for popular Mandarin singers. Although he was trained in classical music, Chou combines Chinese and Western music styles to produce songs that fuse R&B, rock and pop genres. He composes all his own songs, as well as songs for other singers.

And Blue and White Porcelain was included in his eighth Mandarin studio album On the Run which was released on 1 November 2007 by JVR Music, but was leaked onto the internet on 31 October 2007. This is the first album that Chou released under his own record company, JVR Music and distributed by Sony Music Taiwan.