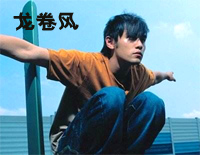 And Tornado was included in his debut Mandarin solo studio album - Jay, which was released on 6 November 2000 by Alfa Music and distributed by Sony Music Taiwan with a VCD containing seven music videos.

Tornado is well known by people and if you like it, you can also download Tornado sheet music to play with Everyone Piano. Just Enjoy It!