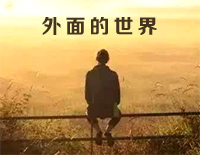 Outside World is sung by Chyi Chin who is a Taiwanese singer and songwriter.

Chyi started his formal career in 1981 with the album See her Slip Away Again. From there, his popularity grew. He released the smash hit "Wolf" in 1985 and opened up Rainbow Studios the same year.

Chyi groups his music career into two periods: the "wolf period" (pre-1992) and the "deer period" (after he converted to Buddhism in 1992). He attributes the titles of the two periods to "Wolf", the hit single he released in 1985, and a poem that a fortune-teller told him. "The deer bleated/gently towards the hunter’s rifle muzzle it walked/gently it toppled/still, with gentle eyes at the hunter it gazed."

Outside World
is well known by people and if you like it, you can also download free Outside World sheet music to play with Everyone Piano. Just Enjoy It!