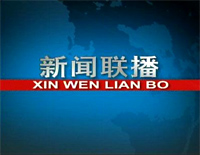 }
Free Xinwen Lianbo ED piano sheet music is provided for you. So if you like it, just download it here. Enjoy It!

This program is used as a medium for the state to announce government announcements and meetings, commentaries on major economic and policy issues, and the activities of national leaders. The program reflects official positions of the Chinese government on a wide range of matters. Some accuse the program as serving more as a means for the state to divulge its political agenda rather than to examine the day's important news events. It has been criticized both within China and internationally for its lack of neutrality. Despite declining popularity, it remains a widely watched program.