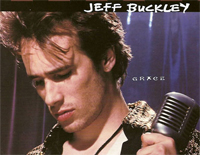 Free Hallelujah piano sheet music is provided for you. So if you like it, just download it here. Enjoy It!

Hallelujah
is a song covered by Jeff Buckley. And it was recorded as one of the most acclaimed versions of "Hallelujah" for his only complete album, Grace, in 1994. Later, in 2007 it was released as single.

In 2004, Buckley's version was ranked number 259 on Rolling Stone's "The 500 Greatest Songs of All Time". The same year Time called Buckley's version "exquisitely sung," observing "Cohen murmured the original like a dirge, but ... Buckley treated the ... song like a tiny capsule of humanity, using his voice to careen between glory and sadness, beauty and pain... It's one of the great songs."

The Lyrics of Hallelujah：

Hallelujah piano sheet music is liked by so many eop users, if you also like it,  you can download and play it,
[ + More Information ]