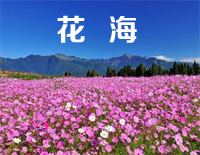 Ocean Of Flowers is one of tracks of Capricorn (Chinese: 魔杰座; pinyin: Mó Jié Zuò) which is Taiwanese Mandopop artist Jay Chou's ninth Mandarin studio album. It was released on 14 October 2008. by JVR Music and distributed by Sony Music Taiwan. The album is based on his zodiac sign, Capricorn and his interest in illusion. Like Chou's previous album, On the Run, this album was also leaked on the internet prior to the scheduled release date.


"稻香" (Rice Aroma) the first lead track was released for airplay on 22 September 2008. The second lead track is "說好的幸福呢" (Promised Happiness), with the music video directed by Chou and co-stars Chou and Taiwanese actress Chen Kuangyi. The other lead track, "蛇舞" (Snake Dance) is a duet with Lara Veronin, the lead female vocalist of Taiwanese band, Nan Quan Mama. The music video for "花海" (Ocean of Flowers) features Taiwanese actor Baron Chen, whom co-starred with Chou in Kung Fu Dunk.