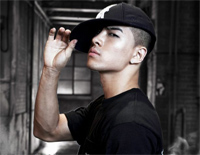 
Make Love is one of tracks of Number 1 which was the first Japanese album by the South Korean boy band Big Bang, released by YG Entertainment and Universal Music Japan in Japan. Some of the songs were written and composed by the members themselves, most notably G-Dragon. The album includes the group's first two mini-albums in Japan and songs from their third mini-album in South Korea. Noticeably, this album is primarily in English and includes versions of songs previously released in Korean.

Big Bang or Bigbang is a South Korean male group under the management of YG Entertainment. Formed in 2006, the group consists of G-Dragon, T.O.P, Taeyang, Daesung, and Seungri. Big Bang is known for their unique urban-originated music and fashion style. The members' involvement in composing and producing their own music, most notably leader G-Dragon, has earned the group respect and praise from music industry experts.


Make Love is well known by Chinese people and if you like it, you can also download free Make Love sheet music to play with Everyone Piano. Just Enjoy It!

Meanwhile, we also offer Lies-Big Bang sheet music for you to download