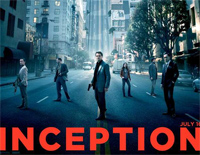 "Time" is one of OSTs of "Inception" which is a 2010 science fiction film written, co-produced, and directed by Christopher Nolan. The film stars a large ensemble cast that includes Leonardo DiCaprio, Ken Watanabe, Joseph Gordon-Levitt, Marion Cotillard, Ellen Page, Tom Hardy, Dileep Rao, Cillian Murphy, Tom Berenger, and Michael Caine. DiCaprio plays Dom Cobb, a thief who commits corporate espionage by infiltrating the subconscious of his targets. He is offered a chance to regain his old life as payment for a task considered to be impossible: "inception", the implantation of another person's idea into a target's subconscious.


The score for Inception including "Time" was written by Hans Zimmer, who described his work as "a very electronic, dense score", filled with "nostalgia and sadness" to match Cobb's feelings throughout the film. The music was written simultaneously to filming,[59] and features a guitar sound reminiscent of Ennio Morricone, played by Johnny Marr, former guitarist of The Smiths. Édith Piaf's "Non, je ne regrette rien" appears recurringly throughout the film, and Zimmer reworked pieces of the song into cues of the score.[60] A soundtrack album was released on July 11, 2010 by Reprise Records. The majority of the score was also included in high resolution 5.1 surround sound on the 2nd disc of the 2 disc Blu-ray release Hans Zimmer's music was nominated for an Academy Award in the Best Original Score category in 2011, losing to Trent Reznor and Atticus Ross of The Social Network.


"Time" is well known by Chinese people and if you like it, you can also download free Time sheet music to play with Everyone Piano. Just Enjoy It!