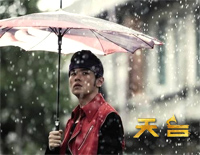 Goodbye numbered musical notation and stave are corresponding completely which is suitable for EOP Demon Training Camp members to practice!


Goodbye is one of insert songs of The Rooftop which is a 2013 Taiwanese film. It is the second feature film directed by Taiwanese singer/actor Jay Chou. Similar to his first feature film, Secret, Jay played multiple roles in the production of the film, as the main lead, director, script-writer and music composer.

Goodbye is well known by people and if you like it, you can also download free Goodbye sheet music to play with Everyone Piano. Just Enjoy It!