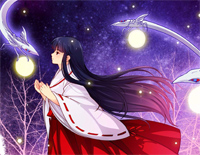 }
Free Toki o Koeru Omoi piano sheet music is provided for you. So if you like it, just download it here. Enjoy It!

And Toki o Koeru Omoi is created by Kaoru Wada, a Japanese music composer, music arranger, conductor, music orchestrator and pianist from Shimonoseki, Yamaguchi Prefecture. He is popularly known for his work on anime soundtracks.