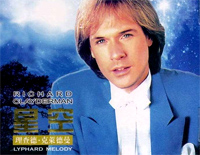 Lyphard Melodie is from the same name album by Richard Clayderman who is a French pianist who has released numerous albums including the compositions of Paul de Senneville and Olivier Toussaint, instrumental renditions of popular music, rearrangements of movie soundtracks, ethnic music, and easy-listening arrangements of popular works of classical music.