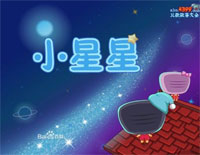 }
Free Twinkle Twinkle Little Star piano sheet music is provided for you. So if you like it, just download it here. Enjoy It!

Twinkle Twinkle Little Star
is a popular English lullaby. The lyrics are from an early 19th-century English poem by Jane Taylor, "The Star".

An adaptation of the song, named "Twinkle, Twinkle, Little Earth", was written by Charles Randolph Grean, Fred Hertz and Leonard Nimoy (Nimoy recites the text as Spock explaining how the star-people wish upon an earth and so forth). It is included on his first 1967 album Leonard Nimoy Presents Mr. Spock's Music From Outer Space.