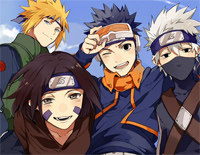 "The Rising Fighting Spirit" is one of Original Soundtracks for "Naruto" (Japanese: —ナルト—) which is an ongoing Japanese manga series written and illustrated by Masashi Kishimoto.