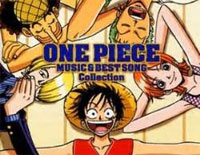 "Minato Mura" is one of Original Soundtracks for "One Piece" (ワンピース Wan Pīsu) which is a Japanese shounen manga series written and illustrated by Eiichiro Oda. It has been serialized in Weekly Shōnen Jump since August 4, 1997; the individual chapters are being published in tankōbon volumes by Shueisha, with the first released on December 24, 1997, and the 70th volume released as of March 2013.


"Minato Mura" is well known by people and if you like it, you can also download free Minato Mura sheet music to play with Everyone Piano. Just Enjoy It!