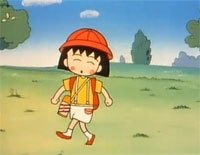 Odoru Pompokolin (おどるポンポコリン Odoru Ponpokorin, "Dancing Pompokolin") is the first ending theme of the Japanese anime series Chibi Maruko-chan and was the 1990 debut single of the Japanese group B.B.Queens. It reached number 1 in the Oricon charts of that year, and stayed on the charts for a total of 54 weeks.

The song was composed and arranged by Tetsuro Oda with lyrics by Momoko Sakura, author of Chibi Maruko-chan.

This song is well known by people and if you like it, you can also download free Odoru Pompokolin sheet music here. Just Enjoy It!