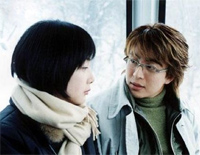 It is widely considered to be the Korean drama that launched the Korean Wave throughout Asia and worldwide. It has also been adapted into an animeseries, and a stage musical.

First Time
is well known by people and if you like it, you can also download free First Time sheet music here. Just Enjoy It!