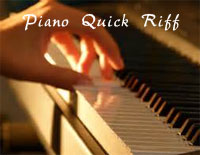 Royals is the debut song by New Zealand singer-songwriter Lorde from her The Love Club EP (2012) and debut album, Pure Heroine (2013). The song was released on 8 March 2013, as the lead single from the album, after she was spotted at the age of 12 by A&R scout Scott Maclachlan, who signed her to Universal records. Lorde and Joel Little co-wrote and produced the song. Musically, "Royals" is a minimal and art pop song. Lyrically, it expresses protagonistic disdain for celebrities' lavish lifestyles and vows that she will not become one of them.


Upon release "Royals" was met with acclaim, winning the prestigious Silver Scroll Award for 2013, New Zealand's top songwriting prize. Critics compared the song to that of British singer Adele's music and called the song "one of the best releases of the year." "Royals" peaked at number one on the US Billboard Hot 100 chart. It also peaked at number one in Ireland, Canada and New Zealand and was certified triple platinum by Recorded Music NZ. In August 2013, Lorde became the first female solo act to top the Billboard Alternative Songs chart since Tracy Bonham in 1996. "Royals" was the second time a New Zealander had topped the Billboard Hot 100, behind Kimbra's collaboration with Australian singer Gotye on "Somebody That I Used To Know" and the first time a New Zealand solo artist had reached number one.


Royals is well known by people and if you like it, you can also download free Royals sheet music here. Just Enjoy It!