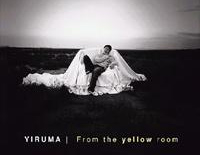 Free Chaconne sheet music is provided for you. So if you like it, just download it here. Enjoy It!

Chaconne
is song by Yiruma. Yiruma is the stage name of Lee Ru-ma (born February 15, 1978), an internationally-known pianist and composer fromSouth Korea. Yiruma frequently performs at sold-out concerts in Asia, Europe and North America. His alma mater, King's College London, England helped him gain European popularity and recognition. Among his most popular pieces are "River Flows in You", "Kiss the Rain" and "May Be". Yiruma's most popular album, First Love, was released in 2001.

Well, Chaconne is also a type of musical composition popular in the baroque era when it was much used as a vehicle for variation on a repeated short harmonic progression, often involving a fairly short repetitive bass-line (ground bass) which offered a compositional outline for variation, decoration, figuration and melodic invention. In this it closely resembles the Passacaglia.