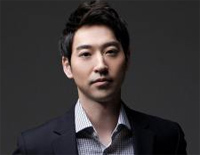 Free Passing By sheet music is provided for you. So if you like it, just download it here. Enjoy It!

Passing By
is performed by Yiruma. Yiruma is the stage name of Lee Ru-ma (born February 15, 1978), an internationally-known pianist and composer from South Korea. Yiruma frequently performs at sold-out concerts in Asia, Europe and North America. His alma mater, King's College London, England helped him gain European popularity and recognition. Among his most popular pieces are "River Flows in You", "Kiss the Rain" and "May Be". Yiruma's most popular album, First Love, was released in 2001.

Yiruma's musical style is easy to misclassify. Because his music is popular among many listeners who are not familiar with classical music, the solo piano instrumentation and tendency toward "movements" often leads to labels like "new classical" or "contemporary classical". However, although his composition studies would have included the classics, neither the structure of his pieces nor his technique as a pianist are heavily influenced by them. His music has sometimes been classified vaguely as "popular", as shown by the inclusion of his hit piece River Flows in You on a compilation of wedding pieces titled "Wedding Essentials: The Ceremony". The iTunes Store considers him a World Music or New Age artist.