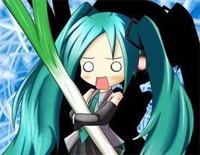 "Ievan Polkka" or "Ievan Polokka" (Savo Finnish for "Eva's Polka") is a popular Finnish song with lyrics written in the early 1930s by Eino Kettunen to a traditional Finnish polka tune. The name is commonly misspelled Levan polkka, due to the similarity of lower-case L and upper-case i in sans-serif fonts. It is also known as "Loituma's Polka" (or "Loituma's Polkka").

The melody can be traced back to the Viipuri Province in the 18th century when the border with the Kingdom of Sweden ran west of the province. The number of Russian soldiers stationed in the border area outnumbered the locals for many decades. At the beginning of the 19th century collectors of Finnish folk dances and folk songs all mention that the dances in the area of Luumäki-Savitaipale were Russian dances only and didn't write them down.

Locals who are well-versed in folk music agree the melody is very old and likely to have been known back in the early 19th century and therefore probably of even older origin. However, the polka genre is of much later date. Polka was introduced in northern Europe during the late 19th century, which implies that the actual tune as it is known today originates from this era.