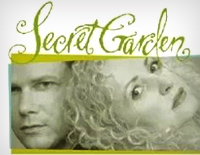 Free The Promise piano sheet music is provided for you. So if you like it, just download it here. Enjoy It!

And The Promise was included in their fourth studio album, Once in a Red Moon (released 2001 by Universal Music – 548 678-2). With the album Once in a Red Moon Secret Garden continues their tradition of organic storytelling melodies and directly from the heart performances with a retrospct to the innocence and raw simplicity of their debut.