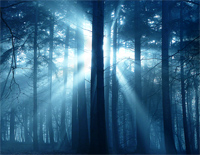 Free The Foggy Dew piano sheet music is provided for you. So if you like it, just download it here. Enjoy It!

The Foggy Dew
is a piece of music from Bandari's thirteenth album Sunrise Hill. Bandari is a New Age music band on the AVC Audio Video Communications AG record label of Au, Switzerland. However, the group is known only in mainland China and Taiwan. Bandari released its first album in 1990 and has published over 20 albums all around the world. China's Jingo Records has now released 13 of Bandari's albums.

Compared with other New Age Music musician such as Yanni, Kitaro or Enigma, Bandari produces music with slower and softer rhythm. Many people relax by listening to Bandari's music.

Meanwhile, The Foggy Dew is a Irish ballad, written by Canon Charles O’Neill (1887-1963), a parish priest of Kilcoo and later Newcastle, County Down, sometime after 1919.